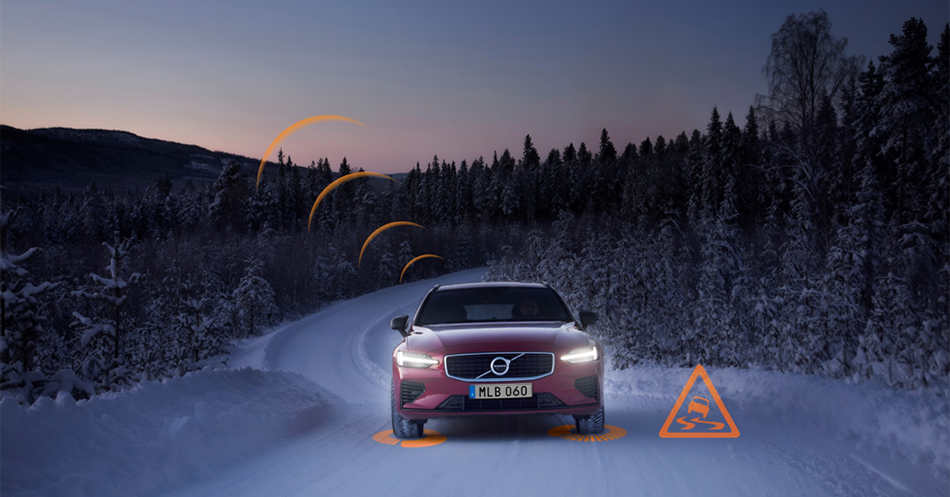 Volvo Cars has joined a ground-breaking, pan-European safety data sharing pilot project.
Volvo Cars is joining forces with other car makers, service providers and national governments in a ground-breaking, pan-European pilot project to share traffic safety data generated by cars and infrastructure, in the interest of safer roads for all.
The pilot project, run under the umbrella of a public-private partnership called the European Data Task Force, brings together some of Europe’s leading vehicle makers, service providers as well as a number of EU member states.
The partners will share anonymised safety data or safety services based on that data with the pilot via a cloud-based platform. Volvo Cars will contribute to the pilot project by providing real-time data from its industry-first connected safety technologies, Hazard Light Alert and Slippery Road Alert.
For example, participating car makers can use the data to warn drivers of potential dangers on the road ahead, while service providers can deliver this data via their live traffic services and to traffic services operated by national road authorities.
The pilot project, across borders and brands on a reciprocal basis, has the overarching aim of improving traffic safety for all.

The European Data Task Force was founded in 2017 for exactly this purpose: to make driving safer for all road users by prioritising societal over monetary gain.
Volvo Cars has called for open and reciprocal sharing of anonymised safety data for some years now. In 2017, its president and CEO Håkan Samuelsson told a conference at the European Commission in Brussels that sharing data between governments and car makers is the right thing to do.
“We think this type of anonymised data sharing should be done for free, for the greater good and to the wider benefit of society. It saves lives, time and taxpayer money,” Mr Samuelsson said at the time. “I call on other car makers and governments to work with us on realising this type of data sharing as widely as possible.”
Volvo Cars’ own alert systems allow Volvo cars to communicate with each other and warn drivers of nearby slippery road conditions and hazards via a cloud-based network. Both features were first introduced in 2016 and are available on all new Volvo models across Europe.
Sharing traffic data in real time can provide a strong boost to overall traffic safety and becomes more influential the more cars are connected. Since last year, Volvo Cars and Volvo Trucks have shared data to alert drivers of nearby hazards in Sweden and Norway.
“The more vehicles we have sharing safety data in real time, the safer our roads become,” says Malin Ekholm, head of the Volvo Cars Safety Centre. “That is why the European Data Task Force is such an important initiative. We hope to bring on board even more partners who share our commitment to safety.”